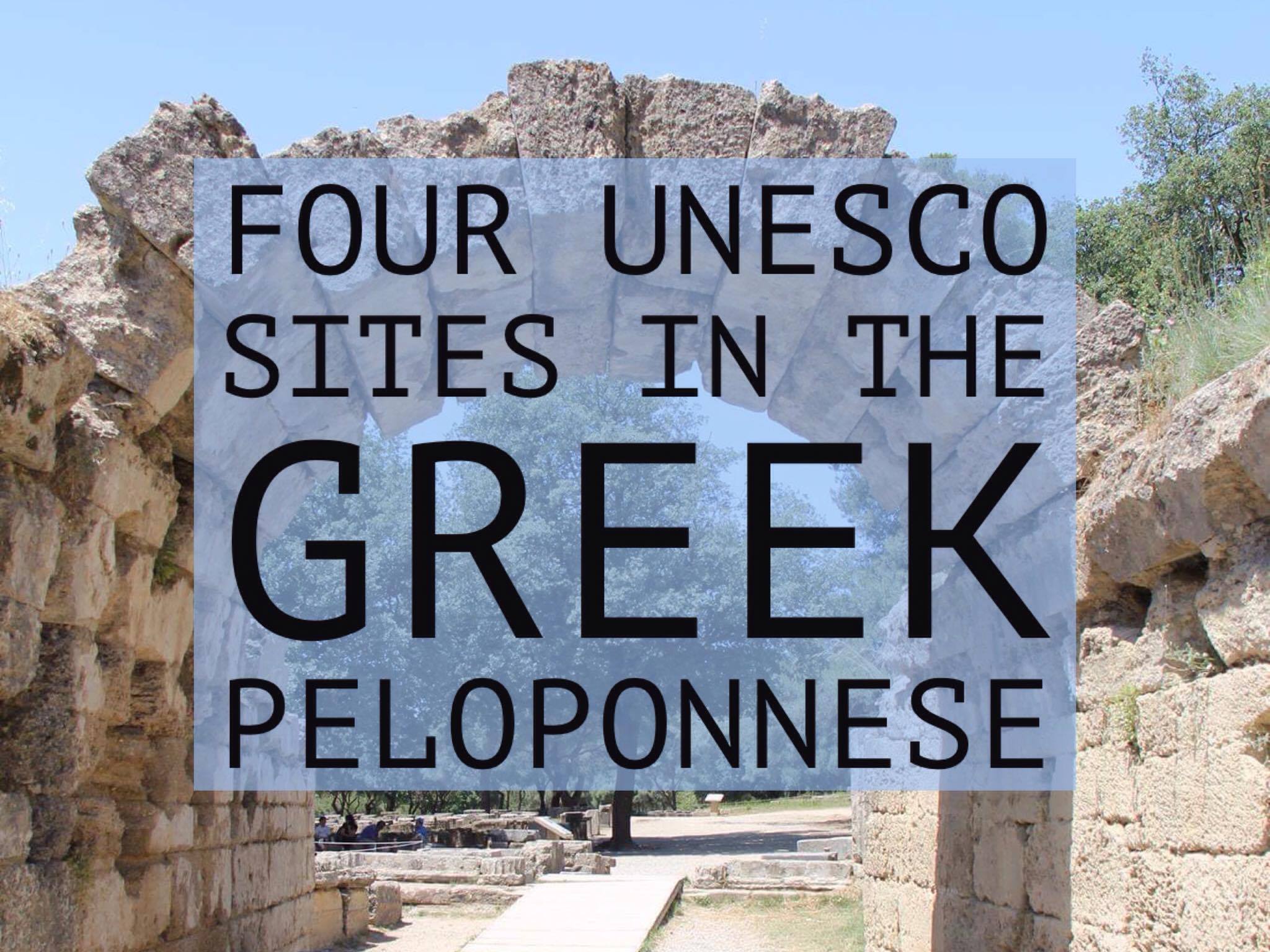 What makes you visit the places you want to go? Is it the architecture, the culture, the food? For me, it is visiting the UNESCO world heritage sites. These places are unique and full of history. They carry thousands of years of our civilization in every stone.

With over 18 UNESCO world heritage sites, Greece encompasses the birth of modern civilization.

The Greek Peloponnese is a peninsula in southern Greece. It is separated from the mainland by the Corinth Canal to the East and the Rio-Antirio bridge to the North.

In 2016, Lonely Planet voted the Peloponnese the top spot of their Best in Europe list, citing its access to magnificent ancient site across the peninsula.

There is more to do in this area than just visit the sites, but thousands of visitors flock to the area to do just that with the bonus of exploring traditional Greek life.

Archaeological Sites of Mycenae and Tiryns

The archaeological sites of Mycenae and Tiryns are located in the northeastern area of the Peloponnese. Mycenae was one of the major centres of Greek civilization and dates back to the Bronze Age.

The most famous landmark of this ancient site is the Lion Gate, which still greets visitors to the former city.

According to legend, the city was founded by Perseus who employed Cyclopes to build the walls using giant stones no human could move.

The sites were made famous in Homer’s epic poems the Iliad and the Odyssey.

This site also includes the beehive-shaped Tomb of Agamemnon, not a UNESCO world heritage site, but a marvel of ancient construction with a few legends itself.

Sanctuary of Asklepios at Epidaurus

The Sanctuary of Asklepios at Epidaurus is a shrine dating back to 2,000BCE. The ancient site was a famous healing centre in the classical era. The site brought fame and fortune to the shrine and in their prosperity, the people constructed monuments, temples, libraries, gymnasiums, and more.

Among those monuments is the Theatre of Epidaurus, one of the most well-preserved theatres in Greece.

During our visit to the theatre, we were lucky to have heard a tourist sing a Greek lullaby from the “stage”. Her voice was so soothing and beautiful. It was a magical feeling sitting on the stone seats, like being transported back in time.

While you’re here check out the museum to uncover the healing practices of the ancient Greeks.

The Archaeological Site of Olympia is probably the most famous historical site in all of Greece. This site is home to the ancient Olympic Games, held every four years starting in 776BCE.

The site itself dates back even farther to 4,000BCE, even before it became a temple dedicated to Zeus, the god of gods. It was a sanctuary, a training area, a city, and a symbol for peace.

The site was discovered again in the 1870s after millennia of being buried under mud due to flooding.

The main structures include the Stadium, Temple of Hera, Temple of Zeus, Philippeion, Palaestra and a Gymnasium.

If there is one thing to take away from the ruin of a once great place, is the magnitude. The columns of the Temple of Zeus have all but been destroyed, but massive pieces of those columns still scatter the site. With a little imagination, you can picture the great temples and stadiums filled with people, much like our modern Olympics.

On a lighter note, the ancient Greeks didn’t tolerate cheaters, and they had a hilarious way to deter them. Sixteen bases where bronze statues of Zeus once stood are placed in a highly visible location built with the money of the fines imposed on cheating athletes. The pedestals were inscribed with the name of the offender and a short text of their crime.

Okay, so this site isn’t technically on the Peloponnese, but the archaeological site of Delphi is one of the most important sites in Greece so it is worth mentioning.

Dating back to the classical era of Ancient Greece, the site is perched on the slope of a mountain. It includes a theatre, the Temple of Apollo, treasuries, Tholos of Athena, a stadium, and so much more. It was home to the Oracle. No decisions were made before consulting the oracle of Delphi. People would bring gifts to ask a simple question, but rarely would they get a simple answer.

This ancient site is also home to the Navel of the Earth. The story goes that Zeus wanted to know where the centre of “Grandmother Earth” was. He sent two eagles in opposite direction and where they met was the centre. Here, in Delphi, he laid an egg-shaped stone to signify the centre of the world.
So much history lies in the ruins of past civilization. Touring the Greek Peloponnese was a great experience to be thrown back in time.

Take your time and experience the wonders of the ancient world and enjoy the sites of the Greek Peloponnese.

What is your favourite UNESCO world heritage site? 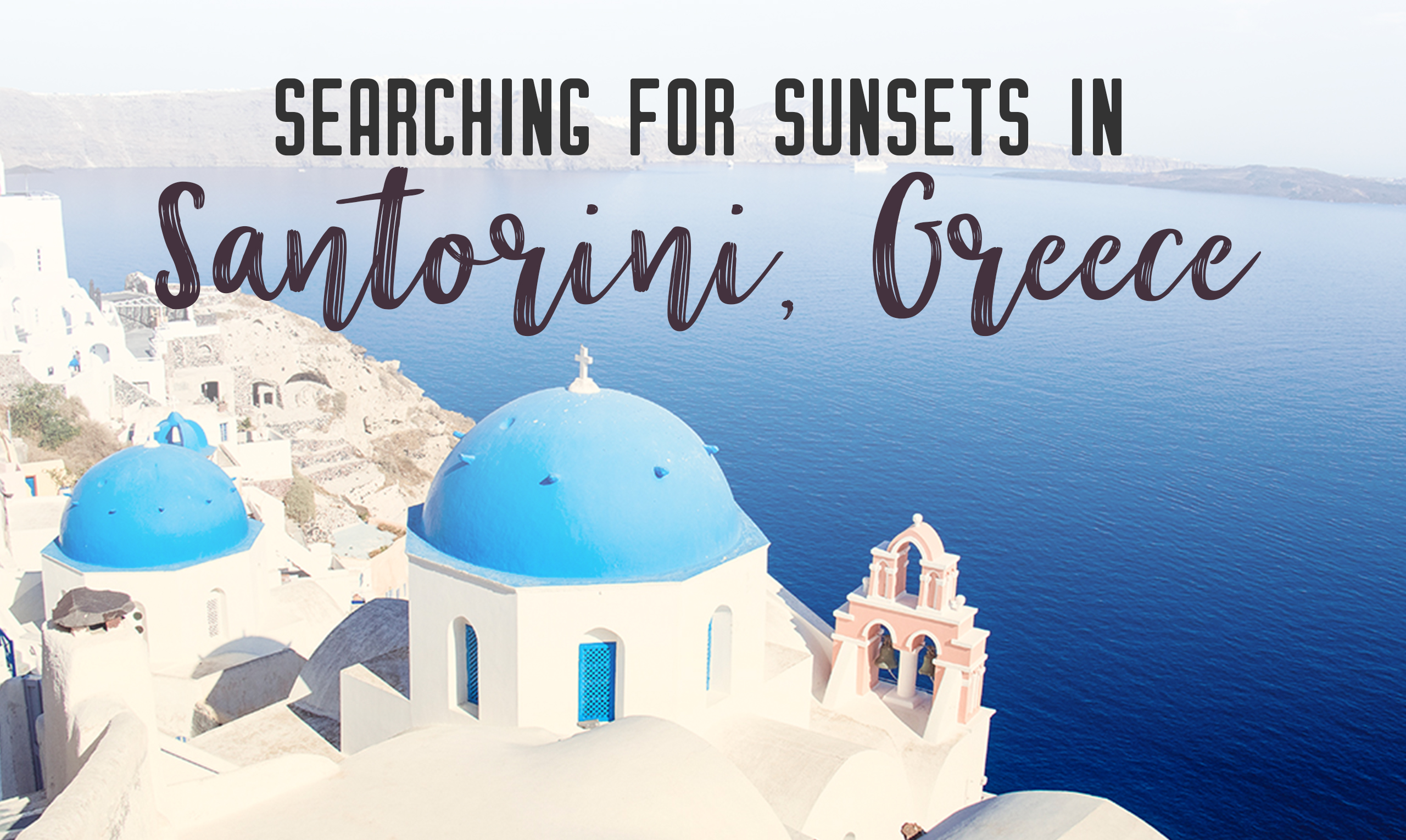 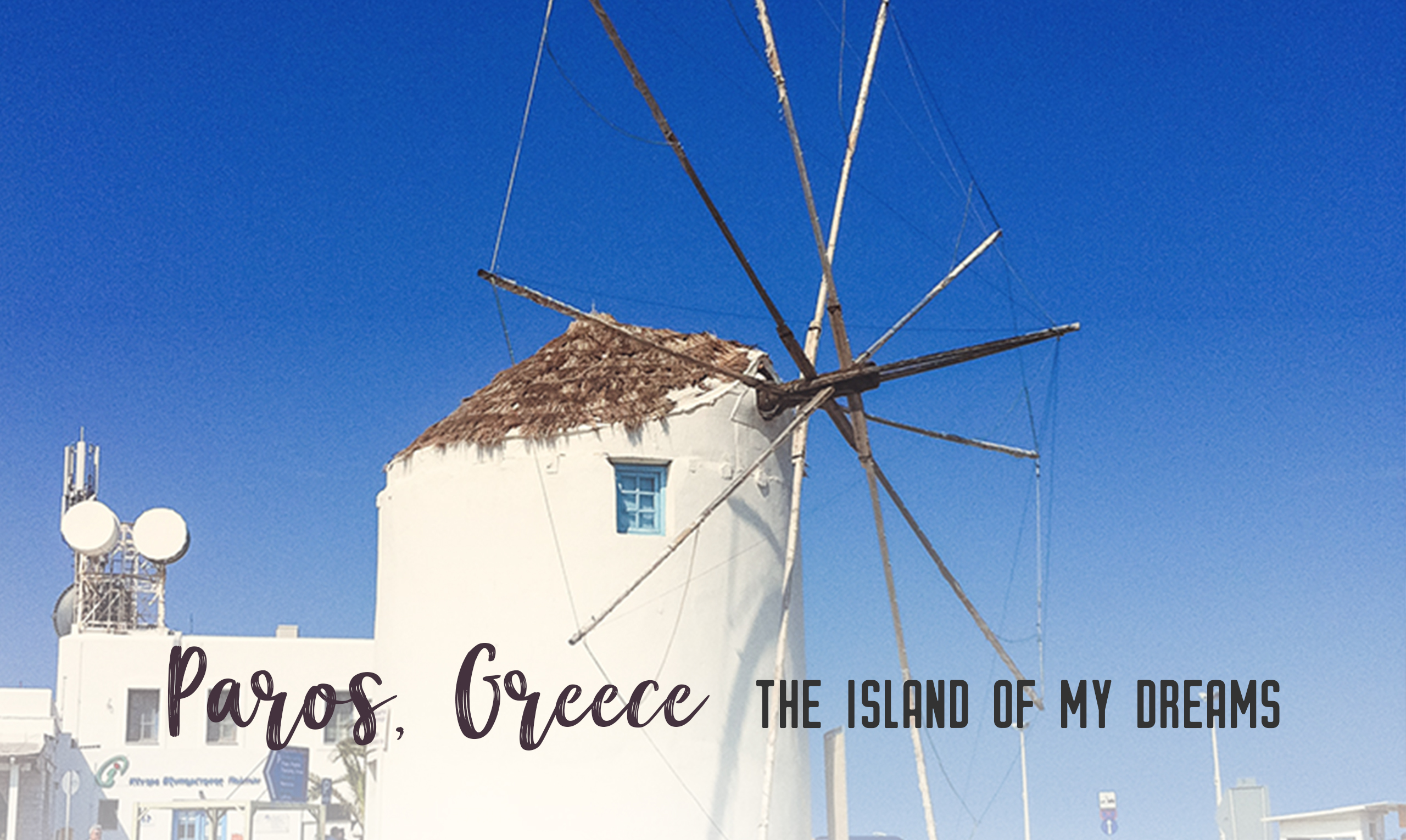 Paros, Greece – the Island of my Dreams