Dash through Munich – What to see with limited time 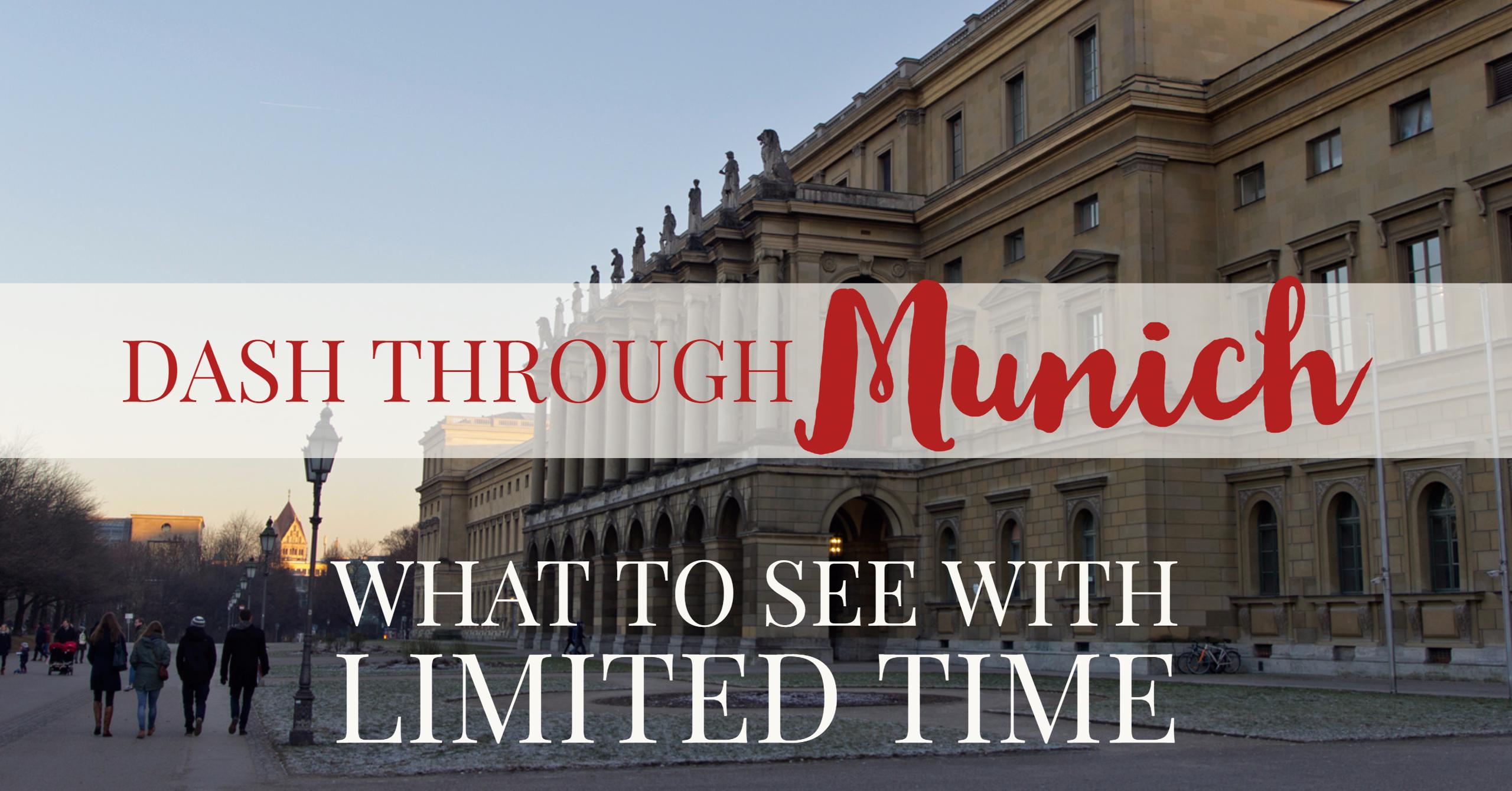 It wasn’t supposed to be this way. I thought I would have more time to see the beauty of Munich, Germany. But here I was, keeping warm by dashing between sites.

I didn’t get to see everything I wanted to see, but that didn’t stop me from enjoying myself in the Bavarian city.

Munich isn’t just about the beer, wurst, and Octoberfest, although I am pretty sure it prides itself on those three things. Munich is an amazing city with an incredibly long history dating back to the 1100s. Okay Europe, you’re really old. Its picturesque Bavarian buildings make this a must-experience city in Europe.

We arrived back in Munich after completing a whirlwind tour through Central Europe. In about 3 hours, we sped through the old town because we wanted to experience New Year’s Eve in Munich.

There are pros and cons to seeing only a limited view of each of the places we stopped, but I do not regret a single thing about the trip. As someone who gets limited vacation days each year, it’s important to maximize my time. I, in no way, think I have become an expert on the places I have seen, including Munich, but it didn’t stop me from falling in over with the beauty of it all.

Places you’ve got to see in Munich with limited time

Start from the train station and head into the “old town”, which is where you’ll find the beautiful old architecture of Munich.

The first stop on this mad dash is Karlstor, the old city gates that once served as a major checkpoint and defence fortifications. It now acts as a gateway – get it – from the outlying suburbs to the old town. The gates have been rebuilt and remodelled to current needs.

The main pedestrian pathway Neuhauser Strasse takes visitors to the Marienplatz. For those who love shopping, this street has all the clothing stores you could wish for all wrapped in beautifully decorated buildings. Along this street, you will pass interesting sculptures and water fountains as well as Saint Michael’s Church, Hirmer Munchen and other stunning buildings.

The Marienplatz is the Munich’s central square, surrounded by old buildings and the Neues Rathaus (New Town Hall), which is the central feature. By “new” it’s built in the 1870s. It was constructed after the neo-gothic design, so it makes it feel as is the building is much older than it is. The Marienplatz itself has been used as a central square since the 1100s, which just reiterates my point that everything in Europe is older than dust!

A few blocks away is Odeonsplatz, a large square in the old town of Munich. Ludwig I of Bavaria commissioned the Italian-style Feldherrnhalle to honour his army. On the steps of the building are two majestic lions and a giant statue commemorating the Franco-Prussian war.

Beside the Feldherrnhalle is the Theatine Church, a Catholic church built in the 1600s. Here, 17 members of the Bavarian Royal Family are buried. Opposite the church is the western wall of the Munich Residenz.

A frosty evening stroll through Munich, Germany is a great way to see the city in a different light. The Munich Residenz is a museum in an old Bavarian palace. The Hofgarten, the palace’s court gardens, sit regally in the French style. Built in 1385, Bavarian monarchs used the Residenz as a palace until 1918. It has ten courtyards and 130 rooms. This massive building opened to the public in 1918.

Jumping into an ice-cold river while it’s -5 degrees outside. Sure, why not? Almost every day you can find a couple of warm-blooded individuals playing in the waves of Eisbach in the Englischer Garten in Munich. Some of the talented ones don’t even fall in. Surfers have been hitting the single one-metre high wave since the 70s. This is a must-see when exploring this Bavarian city!

Elsewhere in the gardens, you can find a Japanese tea house, a sports stadium, Chinese tower, beer gardens, Monopteros, and more. There is so much to see and do in Englisher Garten. It is one of Europe’s largest urban gardens at the 3.7 square kilometres, so you have to make sure you explore it.

My favourite photo I took during my dash through Munich is this one of Siegestor – aka the Victory Gate. It was originally built for Ludwig I of Bavaria in the 1800s but was virtually destroyed in World War II. The gate was reconstructed to compliment the original gate. It now reads “Dem sieg geweiht, vom Krieg zerstört, zum Frieden mahnend,” which translates to “dedicated to victory, ruined by war, reminding of peace.”

If you have a little extra time, make sure to check inside the five churches in Old Town: Frauenkirche, St. Michael’s Church, St. Peter’s Church, Theatine Church, and Heilig-Geist-Kirche.

In both Frauenkirche and St. Peter’s Church you can go indie the towers and get a breathtaking view of the city from above.

Related: Tips for driving on the Autobahn

What is one place in Munich that you would like to see if you had limited time?

Inspired by Munich? Pin it: 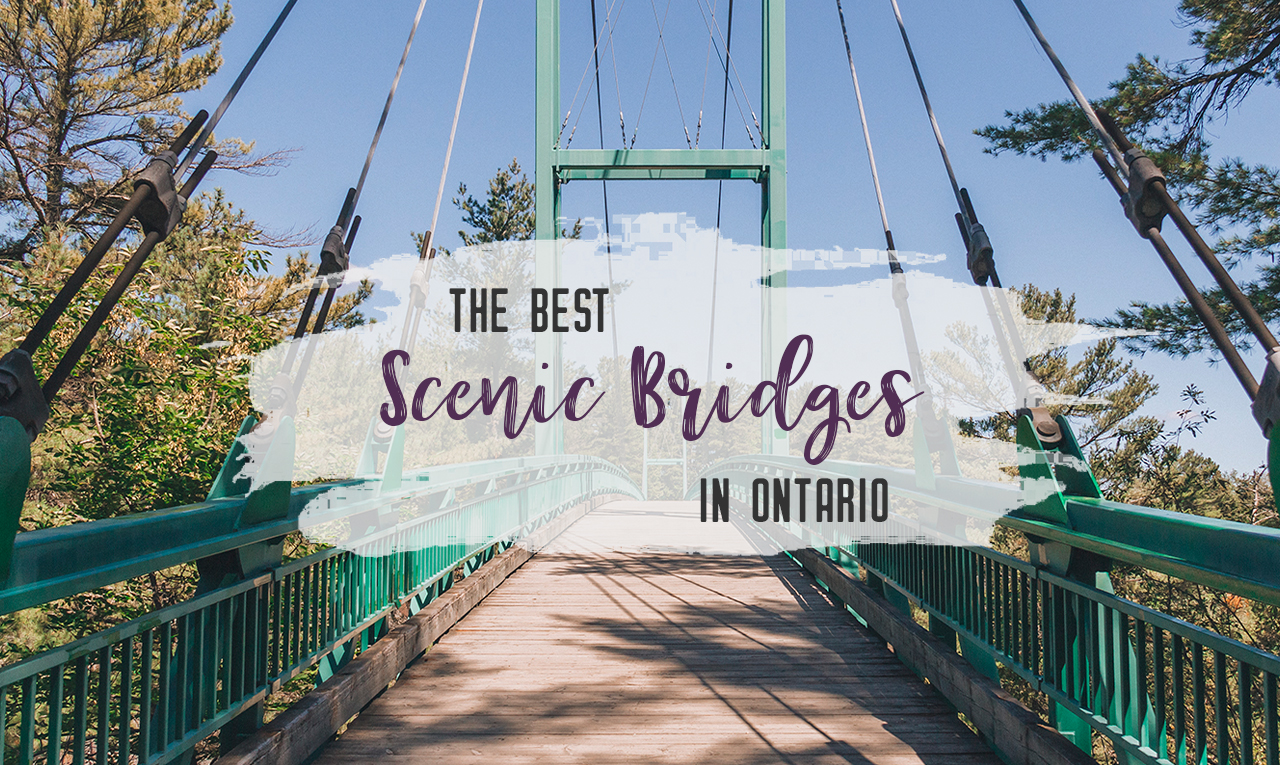 22 best scenic bridges in Ontario you have to visit 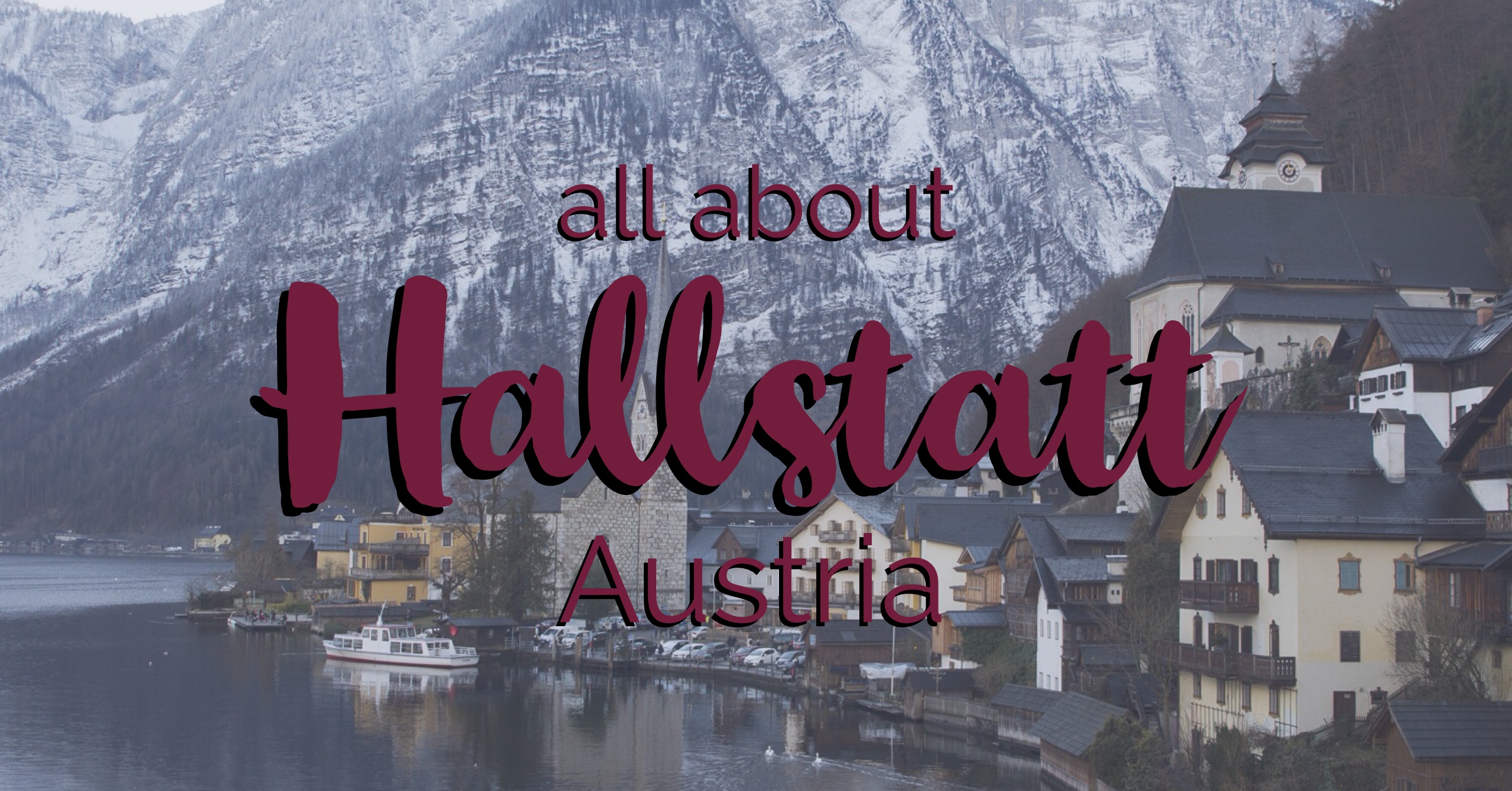 All About Hallstatt, Austria 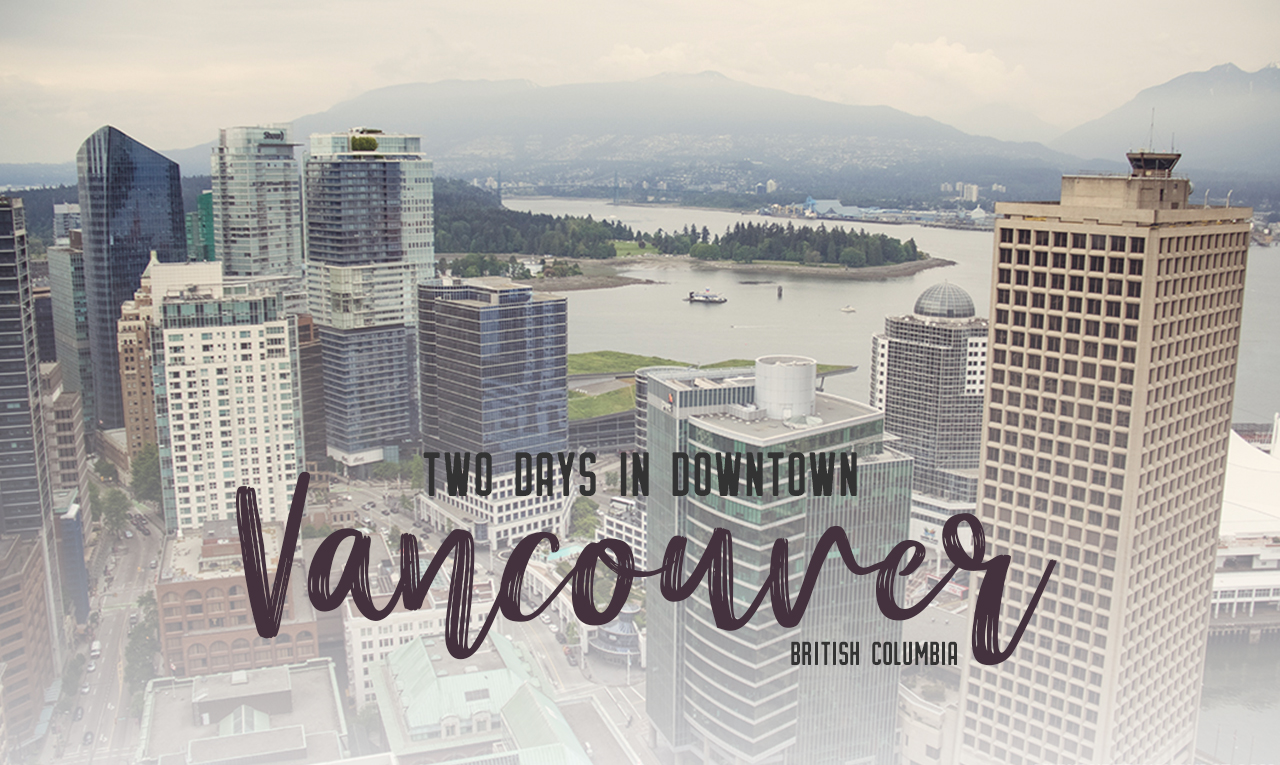 Two days in Vancouver, British Columbia – what to see, do and eat downtown