How to get to Neuschwanstein Castle in Germany 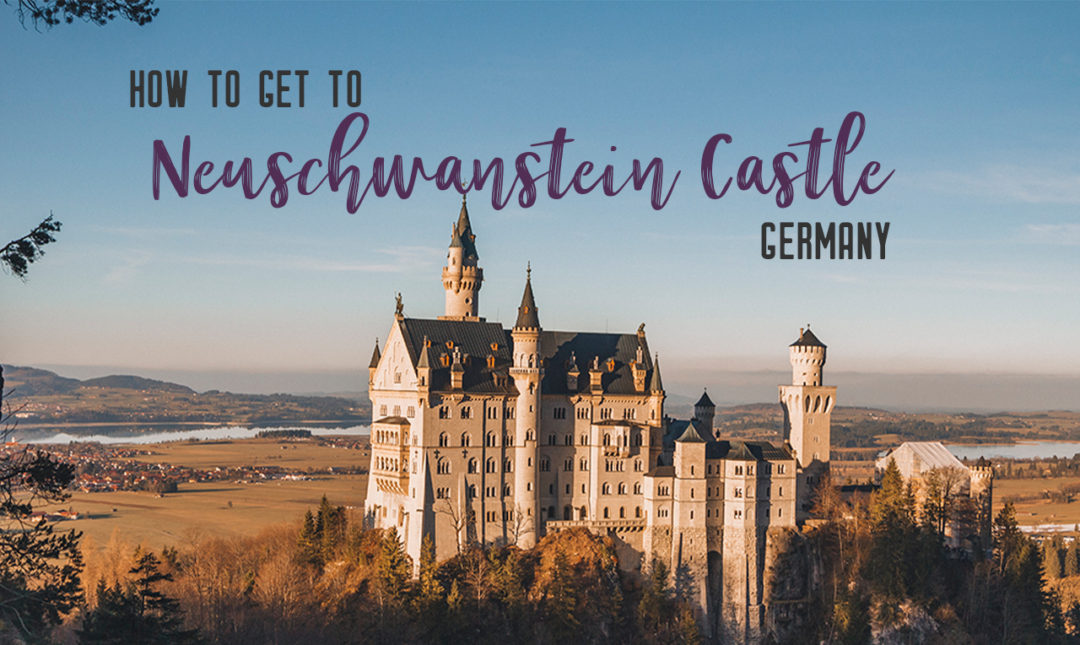 If you grew up in the 90s, its guaranteed you watched a movie about (and wanted to be) a Disney Princess; and what did many of the Princess have in common? A stellar castle. The castle of Princess Aurora – aka Sleeping Beauty – was actually inspired by a real-life castle right in the heart of the Bavarian Alps, the Neuschwanstein Castle. Understanding how to get to Neuschwanstein Castle can be overwhelming for first-time visitors, but once you know how, getting there will be a breeze.

NOTE: Travel is not recommended at this time. These posts are here to serve as inspiration when we can explore again. Hey there – this post likely contains affiliate links, which means I earn a commission (at no extra cost to you) if you purchase from them. This helps me earn a few dollars to run this website. As an Airbnb Associate, I earn when you book through those links. For more info, check out my terms here.

The Neuschwanstein Castle, lovingly called the Sleeping Beauty castle by visitors, is located in the southern part of Germany, in a town called Hohenschwangau. The town is just steps from the border with Austria and nestles in the foothills of the Bavarian Alps.

Located nearby are a couple of ski-hills, so if you feel like getting your ski on, then stay more than just a day in the area.

Also nearby is the town of Füssen. Here is where you will catch the train to and from Munich as well as the bus to and from Hohenschwangau. It’s worthwhile to explore the town as it’s a classic example of Bavarian culture and architecture.

But first … a little history lesson.

What is the Disney castle in Germany?

The Disney Castle aka, Neuschwanstein Castle in southern Germany, was the fantastical project of Bavarian king, Ludwig II, who was known as the Swan King, the Fairy Tale King, and even the Mad King – very Game of Thrones if you ask me.

He commissioned the castle in 1868 because he wanted to build a monument to the authentic style of medieval German knights’ castles, a place that would be the most beautiful in all the lands.

He planned to build the castle atop the ruins of Hinter- and Vorderhohenschwangau, located across the valley from the already standing Hohenschwangau Castle.

You may notice touring the castle, many references to the swan. The castle became an altar to the medieval swan knight Lohengrin. And since the heraldic animal of the knights of Schwangau was a swan, it was only natural for the king to adopt this animal as his own.

The castle is nothing short of lavish – from the throne hall, which was modelled after a church, decorated with gold, stars, mosaics and murals, to the bedroom, which has a theme of the legend of Tristan and Isolde, to the artificial rock grotto in the king’s apartment, to the singer’s hall decorated in murals depicting Parzival, the swan knight, and the Holy Grail.

Every nook and cranny of this castle was meticulously planned, corrected and re-planned by the King. But, Ludwig II never saw the completion of the castle, dying in 1886 after he was certified insane and arrested.

What you need to know before you go

As you might guess, the Neuschwanstein Castle is a popular place for visitors. During the high season, it can get hectic, with long lines for the bus, the shuttle and even to get tickets. It’s why you should prepare as much as you can for this excursion, to make your journey as smooth as possible.

Tours of the castle – are they worth it?

So with the lines and the crowds that are possible at this attractive tourist location, is the tour of the interior of the castle worth it? Yes, 100%.

Photos are not allowed inside the castle, so you’ll want to experience the lavish decorations first hand, like the magical throne room and king’s apartment

At only 13 Euros, the tour is well worth the cost. For only 25 Euro you can tour both Neuschwanstein Castle and its neighbour Hohenschwangau Castle on the same day. But it’s imperative that you reserve your tickets ahead of time as the tours are limited to only a small group and can sell out quickly.

When I was there, I was thanking my lucky stars that I have the wherewithal to pre-book the tour. It was crazy over the Christmas holidays, and there were a lot of disappointed people when the sold out sign went up.

Tickets are only valid for a particular time. With the time it takes to get to Füssen from Munich, then the time to get to Hohenschwangau and the ticket booth then all the way up to the castle, you’ll want to give yourself plenty of time before your tour. I explain more of the perfect itinerary for the Neuschwanstein castle below.

To get the tickets, you need to reserve directly on the Neuschwanstein Castle site. The first thing you need to do once you get to Hohenschwangau is head to the ticket booth. Only here will you hand over your reservation to get your entrance tickets.

The organization in charge of the castles says it gets the largest influx of visitors between 11 am and 2 pm. They recommend booking a tour time for at least 1 to 2 hours after you get your tickets at the booth.

Hohenschwangau is a tiny town, and the biggest attraction here are the castles, both of which sit up on the hill while the town is in the valley below.

In town, you can enjoy the couple of restaurants that are here or check out the Museum of the Bavarian Kings, a beautiful building dedicated to royal Wittelsbach family, including King Maximilian II and King Ludwig II.

Make sure to take in those beautiful views of Alpsee, a mountain lake that the town sits next to.

How to get to Neuschwanstein Castle?

Now after learning all that about this castle, you’re probably itching to visit. You’ll need to know how to get to Neuschwanstein Castle. From Munich, it’s pretty easy.

From the train station in Munich, you’ll want to purchase a Bayern ticket to Füssen. A Bayern ticket allows up to five adults travelling together to gain unlimited access to regional trains in Bavaria. The ticket is valid from 9 am to 3 am from Monday to Friday.

An average one-way ticket from Munich to Füssen can cost you about 30 Euros for each person. With a Bayern ticket, you’ll pay 25 Euro for the first person and 6 Euro for each additional person for the whole day. Munich Tourist information has detailed information on the Bayern ticket.

From Monday to Friday, the regional train leaves Munich at 9:52 am and arrives in Füssen at 11:55 am. The last direct regional train back to Munich leaves at 6:05 pm, but there are later trains that transfer in Kaufbeuren, but the Bayern ticket won’t cover them.

Related: Dash through Munich – What to see with limited time

Once you arrive in Füssen, you might still be wondering how to get to Neuschwanstein Castle. At least, I was. I thought I’d be able to see the castle from Füssen (you can’t) and that it wouldn’t be far (It kind of is).

From Füssen, you’ll have to take either the 73 bus (heading to Steingaden / Garmisch-Partenkirchen) or 78 bus (heading to Schwangau). Don’t fret too much about getting on the right bus. Usually, you’ll find a line of people waiting and if you’re not sure, ask.

Your Bayern ticket includes the cost of the bus from Füssen to Hohenschwangau, but the price is negligible at around 2.50 Euro each way.

From the town of Hohenschwangau

Once you arrive in Hohenschwangau, you’ll have to make your way to the ticket booth to get your entrance tickets. Next head to up the castles, there are three ways to get there.

The first is by foot. The trail up to the Neuschwanstein Castle takes about 45 minutes from the ticket centre to the entrance to the castle. All uphill. Just saying.

The second is by horse and buggy, which is weather dependent. It costs 7 Euros to go uphill and 3.50 Euro to go downhill.

The third way, and my personal favourite, is by shuttle bus. It takes only 10 minutes and costs only 3.50 Euro round trip. It’s well worth saving your breath for when the view takes it away than spend it on the hike up the hill. The lines waiting for the shuttle, which leaves every 20 minutes from the town, can get long during the high season, so make sure to take that time into account when you pick your tour time.

The buses and buggies do not take you directly to the entrance, but it’s a short 15-minute walk from the stops to the castle.

Can Neuschwanstein castle be seen in a day?

Yes. Easily. Seeing the castle was on my bucket list, so when I had the chance to go on a whirlwind tour of Germany, Austria, Liechtenstein and Switzerland, I had to make it work.

Here’s the perfect itinerary to see Neuschwanstein Castle in a day:

Where to get that picture-perfect postcard shot?

Before heading back down to Hohenschwangau, make sure to take that picture perfect shot of Neuschwanstein Castle from the Marienbrüke, or Mary’s Bridge.

Here you’ll find a wooden bridge that crosses a ravine with a river running through it. You’ll also see the Neuschwanstein Castle in all its glory.

Before you leave – Check out Füssen

Before you head back to Munich after exploring Neuschwanstein Castle, you’ll want to spend time in Füssen. This Bavarian town has the picture-perfect backdrop of the Alps.

Here, you should stop at the Stadt Füssen (the City Hall), the Benedictine monastery of St. Mang, and the Museum der Stadt Füssen (Füssen Museum). It’s all connected to the Basilika St. Mang.

Nearby is Hohes Schloss, a castle right in the heart of town.

Lastly, wander through the streets of Füssen. You’ll find the beautiful Bavarian architecture, and if you follow your nose, you might find yourself dining on the delicious dishes served in town. 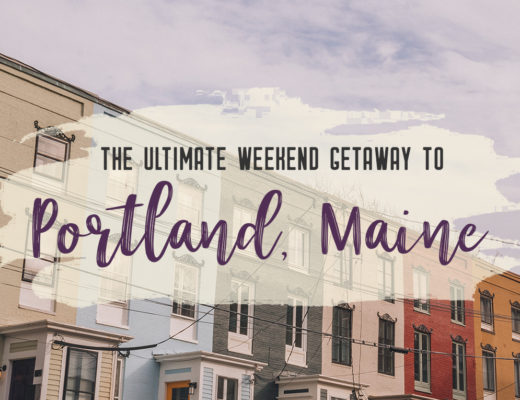 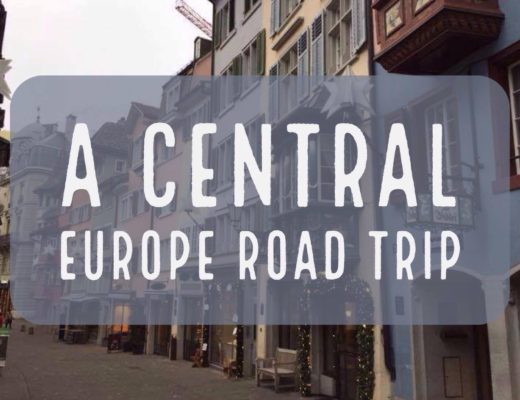 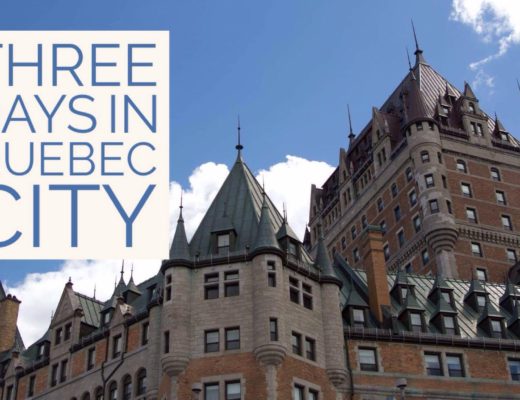 I miss the mountains. 🏔️⁠ ⁠ Whether it's

The cold never bothered me anyway...⁠ ⁠ It was

🌬️ Lake Effect ❄️⁠ ⁠ If you're from O

I miss the mountains. 🏔️⁠ ⁠ Whether it's