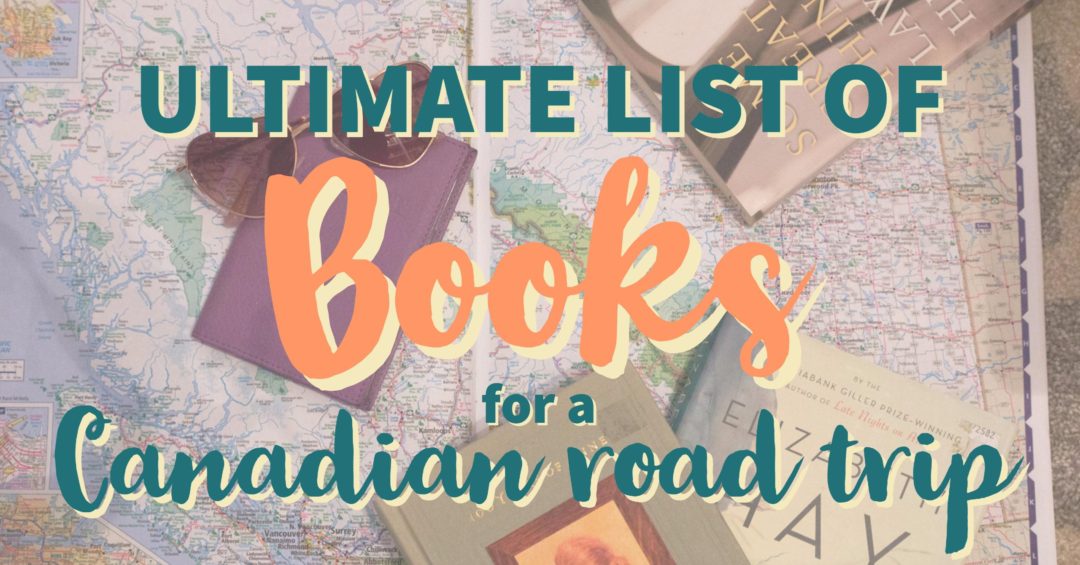 With the start of summer just around the corner, Canadians like to pack up the car and hit the road. Canada’s a big place so while you’re not at the wheel, dig into a book and read about the places you will fly by on your Canadian road trip.

Hey there – this post likely contains affiliate links, which means I earn a commission (at no extra cost to you) if you purchase from them. This helps me earn a few dollars to run this website. As an Airbnb Associate, I earn when you book through those links. For more info, check out my terms here.

This year is Canada’s 150th year since Confederation, aka when we became a sweet freaking country! So 2017 is probably the best year so see this country. From beautiful British Columbia to Canada’s ocean playground in Nova Scotia.

The first stop on your Canadian road trip is the most western province. British Columbia boasts a rugged coastline, valleys and the Rocky Mountains.

BC, as it’s commonly referred to, is known for its vast wilderness, its city centres such as Vancouver and its ski resorts like Whistler.

There are countless things to do in beautiful British Columbia, but there are three things that I want to do on my next trip there:

If you head out to British Columbia, bring along Birdie by Tracey Lindberg. This novel follows Bernice “Birdie” Meetoos, a Cree woman who moved to Gibson BC on a vision quest.

When you’re in Alberta, make sure to check out these three places:

You’re going to want to read 419 by Will Ferguson during the Alberta portion of a Canadian road trip. When a father dies in a car accident in Calgary, Alberta, his daughter looks for answers and finds he was a victim of a scam. She travels Lagos, Nigeria to look for answers.

Many people glaze over Saskatchewan as the worst part of a Canadian road trip. I say like I have said before, no way. Saskatchewan is more than meets the eye.

From the beautiful boreal forests that make up the northern half of the province to the roving grasslands of the south, Saskatchewan is full of surprises – like when you learn to spell it correctly.

Here are three places you do not want to miss on your next trip through Saskatchewan:

Grab Elizabeth Hay’s Alone in the Classroom for the Saskatchewan portion of a Canadian road trip. Hay brings you back to 1929 for this book set in a small prairie town.

From the TransCanada Highway, it doesn’t seem like much. However, Manitoba offers many activities perfect for a Canadian road trip.

Up north in the remote town of Churchill, you can spot polar bears, belugas and the northern lights. In the south, you can explore the rolling hills and prairies.

Here are three items for a Manitoba bucket list:

Lawrence Hill’s Some Great Thing will transport you into the heart of Winnipeg as you follow a new journalist covering the French-language debate and other stories in the city. It is the perfect pair to the Manitoba potion of a Canadian road trip.

It may be biased to say that Ontario is a great province chalked full of things to see and do. Ontario is home to the Canadian capital city Ottawa and the most populated city Toronto as well as a plethora of parks and natural highlights.

Ontario is a big place, even when you’re going full speed, it takes two days to pass through. Might as well take your time and explore all that Ontario has to offer for a Canadian road trip, like these three places

How can you choose just one book for Ontario? Well, since I am making a list, and I was born and raised in good ol’ Ontario here are two books to get lost in during the Ontario portion of a Canadian road trip.

Pick The Bear by Claire Cameron for your next camping adventure. Or if you get freaked out like I do, maybe avoid this one while camping. Told from the perspective of a 6-year-old, this frightening tale has them on the run from a particularly murderous bear.

Crow Lake by Mary Lawson will have you occupied during the long drive through northern Ontario. A drama of family, love and misunderstandings, this book will explore emotions of every shade.

Quebec is a magical place where new world meets old world. Some of the oldest cities in Canada are in Quebec. Take in the French-Canadian culture and explore Quebec’s finest discoveries on a Canadian Road Trip.

I have an unquenchable love for Quebec City. But there is so much more to explore in Canada’s largest province.

Here are three places to get you started:

There are French-language books out there that I am sure are a delight to read. For the English speakers like myself, try reading My October by Claire Holden Rothman for the Quebec portion of a Canadian road trip. It is a story about a family, their ties to the French language and the weight of the October crisis.

As you break into the Maritimes on the Canadian road trip, be sure to stop and see Canada’s natural wonders in New Brunswick. This province is made up of everything you can think of: coastlines, mountains, forests, beaches and urban areas.

Of course, the biggest draw is the almost unreal tides of the Bay of Fundy. Make sure to stop at these spots on your Canadian road trip:

A perfect book pairing for a Canadian road trip through New Brunswick, take along The Town That Drowned by Riel Nason. The story – told from the point of view of a young girl – takes place in the 1960s about a town that will be swallowed up by the waters from a hydro-electric dam.

Nova Scotia’s charming Maritimes roots have people returning to this wonderful province. From travelling on the Cabot Trail, to visiting the capital city of Halifax, to taking to the ocean in search of whales, Nova Scotia is a wonderful addition to a Canadian Road Trip.

Check out these three places while you’re there:

Take along Our Daily Bread by Lauren Davis for the Nova Scotia portion of a Canadian road trip. The book explores the “us vs. them” mentality in this dark tale of a small town in Nova Scotia.

Separated from the rest of Canada, Prince Edward Island is the smallest of Canada’s provinces, but it packs a punch. From its famous red beaches to the literary world of Anne of Green Gables to the historical and important Charlottetown, PEI has lots to do.

While in PEI as part of a Canadian road trip, grab some local grub like the PEI potato and lobster. Delish!

Here are some ideas to get you started:

Anne of Green Gables by L.M. Montgomery is an obvious companion to the Prince Edward Island potion of a Canadian road trip. Follow the 11-year-old as she navigates live on the island.

Last but not least of Canada’s 10 provinces is Newfoundland and Labrador, the most easterly province. Also known as “the rock”, Newfoundland has a culture all of its own. Get lost in the fjords of the western shores or explore the mysterious history of the Vikings.

Check out these three places while visiting Newfoundland and Labrador as part of a Canadian road trip:

Take along River Thieves by Michael Crummy on the Newfoundland portion of the Canadian road trip. The book follows a naval officer in the 1800s in an attempt to establish friendly contact with the Beothuk – a now extinct indigenous people.

Now that you’ve completed all of Canada’s provinces, it is time to take this Canadian road trip to the north. Starting in Yukon, the heart of the Canadian gold rush, you can see the Northern Lights in winter or experience the midnight sun in summer. Yukon is the land of adventure.

Here are three adventures you don’t want to miss:

Let these three places take you away:

Take along Late Nights on Air, which follows the lives of Dido and Harry as they work for a small radio station in Yellowknife. Or if you’re looking for a quick read, Ramshackle by Alison McCreesh is a true-life graphic novel.

Canada’s newest territory, Nunavut offers an arctic adventure like no other place in the world. It is massive and sparsely populated and is made up of a sprawling archipelago. There are no roads to Nunavut, do for the Nunavut portion of the Canadian road trip, you’re going to have to get here by plane first.

Here are three places you should visit while you’re here:

Minds of Winter by Ed O’Loughlin will be the perfect companion to the Nunavut portion of a Canadian Road Trip. This story is set in many locations, with a focus on the Canadian Arctic, Northwest Territories and Nunavut. The novel follows Sir John Franklin’s 1845 campaign in search of the Northwest Passage and its mysterious disappearance.

Books for a Canadian Road Trip

Well, there you have it. The perfect companion to a Canadian road trip. Do you have a “must-visit” place in Canada that is not on this list, or how about a book that is set in one of the provinces or territories? Let me know below! 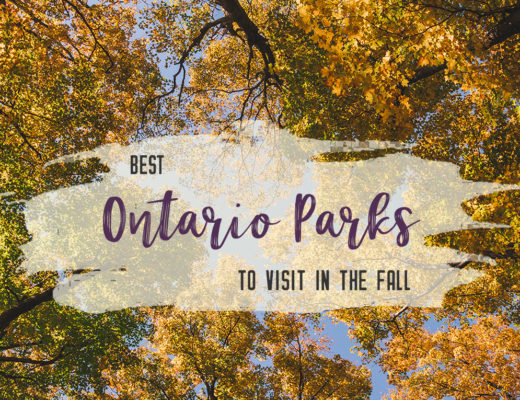 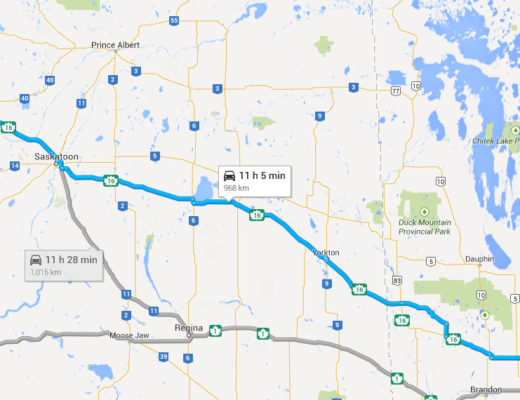 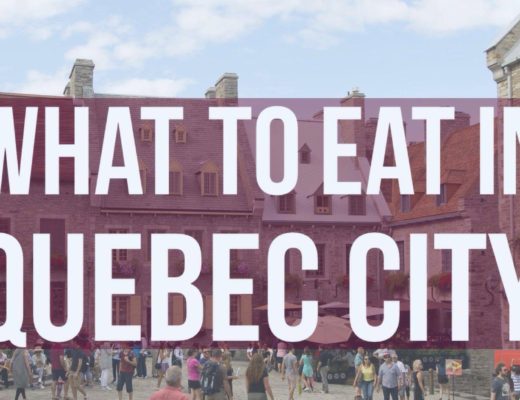 Moody Monday 🖤⁠ ⁠ During these past few mon

What a weekend! ☀️⁠ ⁠ It's hard to imagine

What would you do for a photo?⁠ 📸⁠ Would yo

I just needed a change of scenery. ⁠ 🌳⁠ I'v

Moody Monday 🖤⁠ ⁠ During these past few mon

What a weekend! ☀️⁠ ⁠ It's hard to imagine